3. JS750 twin shaft compulsory concrete mixer is suitable for all types of large, medium and small prefabricated factories and roads, bridges, water conservancy, port and other industrial and civil engineering, which can mix dry concrete, plastic concrete, fluidity concrete, lightweight aggregate concrete and mortar variety, which is a high-efficiency model and widely used. 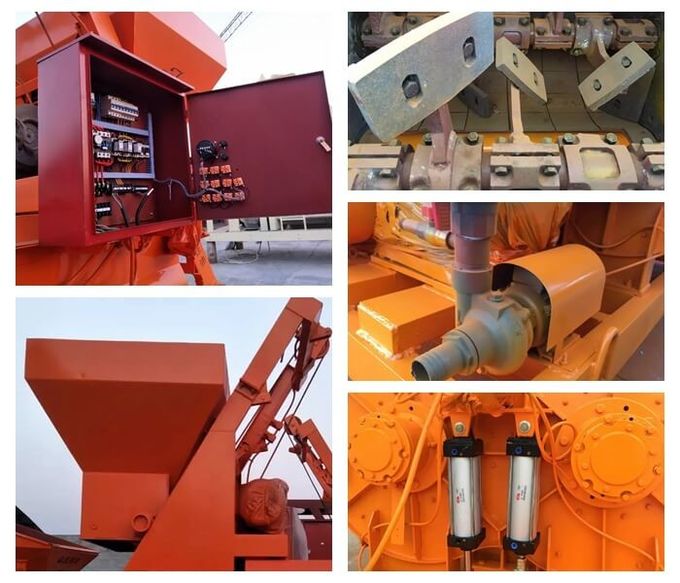 Twin-shaft JS750 concrete mixer mixing system consists of motor, pulley, gearbox, gear, stirring device, mixing drum and other components. The main motor is connected to the secondary gear reduction box through a belt, and finally the two horizontally-connected stirring shafts are respectively rotated by the two pairs of open gears at the same speed.

When the Twin-shaft JS750 concrete mixer is feeded, the mixture to be mixed is placed in the hopper, the feeding system is started, and the wire rope pulling hopper is climbed upward. When climbing to a certain height, the hopper enters the feeding rack, the door is automatically opened, and the material is discharged into the mixing drum through the funnel.

The discharging system is located at the bottom of the Twin-shaft JS750 concrete mixer and is unloaded by a manual push rod. According to customer requirements, the mixer can be produced in the form of electric push rod discharge. The connection between the discharge door and the mixing drum is sealed with a sealing plate, and the position of the sealing plate can be adjusted to ensure the purpose of sealing. 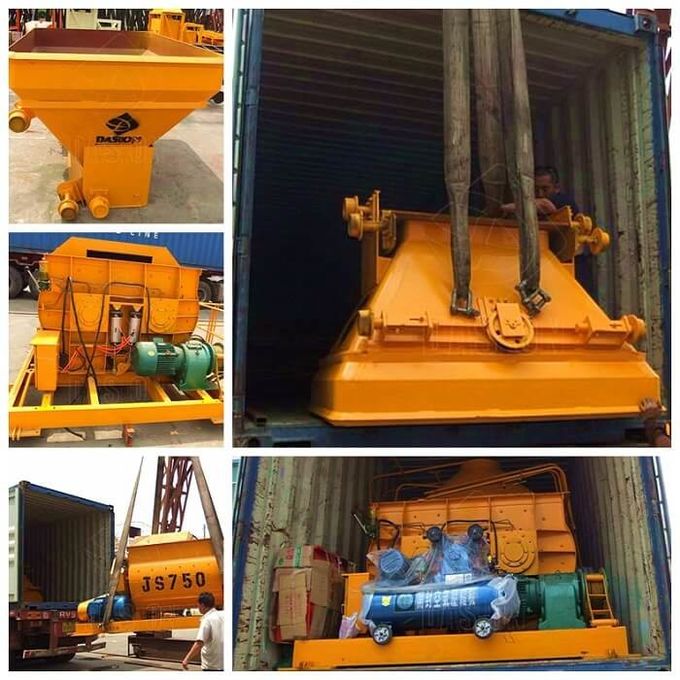 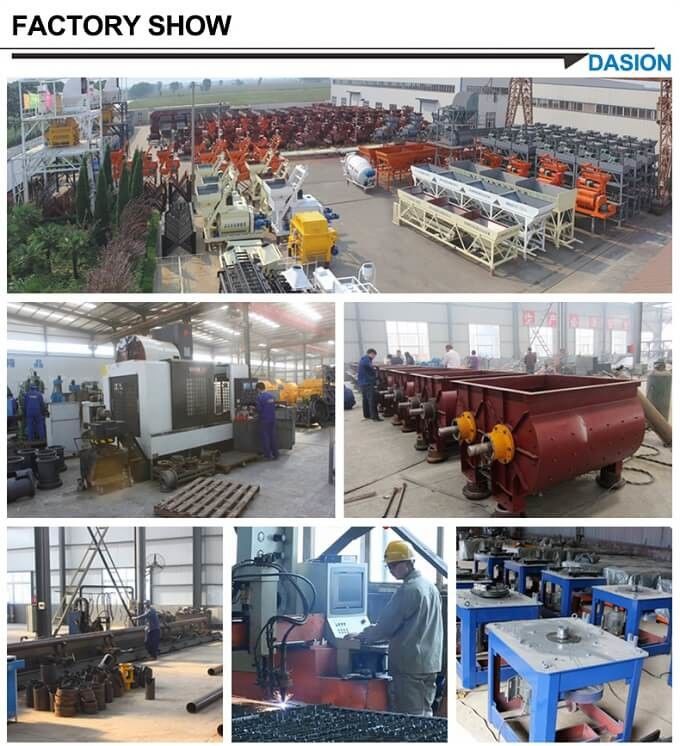