JZM series concrete mixer is a kind of self-falling and reversal discharging mixing machine. The mixing drum is driven by the friction between 4 rollers and drum, which is quieter than the gear driving JZC type. Also compared with JZC concrete mixer, JZM mixer has bigger capacity and is more durable. This concrete mixer mixes when the drum turns clockwise and discharges when counter-clockwise. The hopper is climbing type hoisted by an electric winch.
The concrete mxers can be used separately or combined with concrete batching machine for a small concrete batching plant.

Note: Dimension and weight are for reference only. JZM750 can have wheels.

1. Feeding mechanism consists of electric winch, lifting frame and feeding hopper. When the hopper climbs to a certain height, the roller under the hopper will go to the horizontal rails and then the hopper door will be opened and the material will be discharged into the mixing tank. There are travel limits to limit the hopper climbing and falling to guarantee safety.

3. Chasis includes four supporting legs and two wheels. The leg height can be adjusted and the wheels are for transportation. When the mixer works, the legs shall support the mixer, but no the wheels.

4. Water supply consists of motor, pump, adjusting valve and pipes. The control button can be switched into continue supply mode to wash the mixer.

5. Electric control system has cover to protect from water and dust. 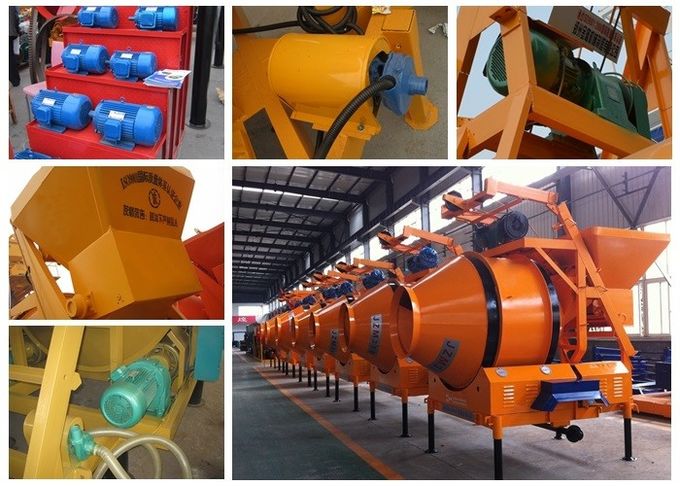 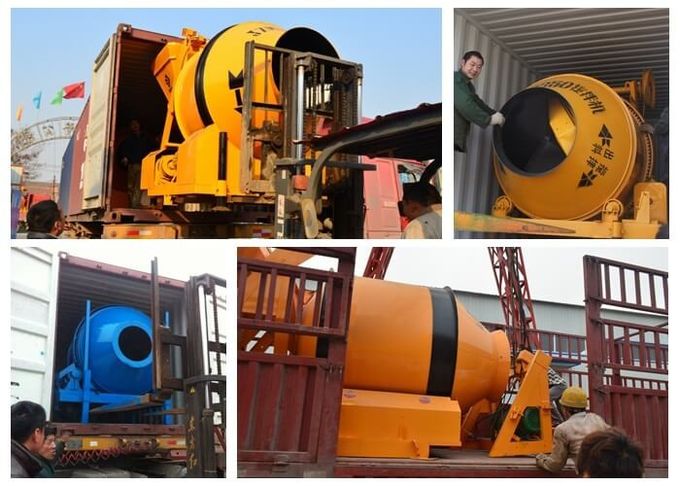 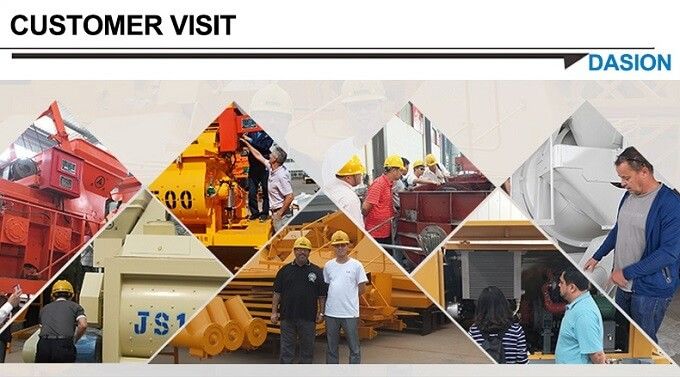