The planetary concrete mixer is suitable for mixing dry hard concrete (roller compacted concrete). It is widely used in the production of building blocks and prefabricated parts, and also can be used to produce of steel fiber reinforced concrete,color concrete and dry mortar, etc.

1. Motion track: The revolution and rotation speed of the blades have been extensively studied and tested to give the mixer a high output without causing the segregation of materials with different grain size and weight.

2. Discharging Device: According to the different demands of customers, the discharging door can be opened by hydraulic, pneumatic or by hands.

4. Mixing Device: Driven by the gearing system, the blades fixed on mixing arms and the scarpers arms crush and overturn the material to complete the compelling mixing. 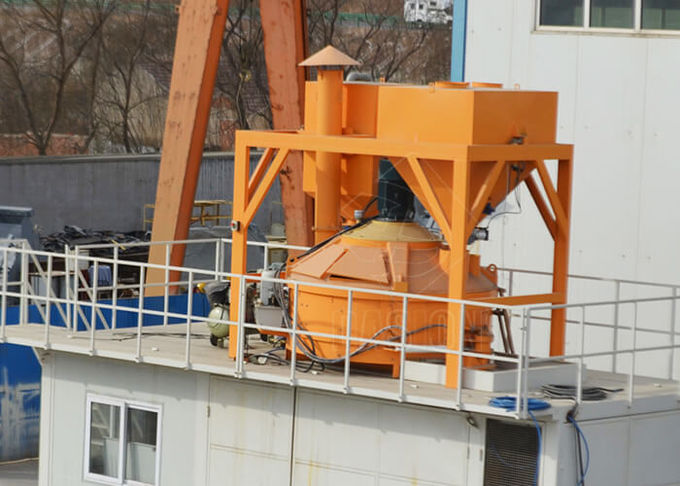 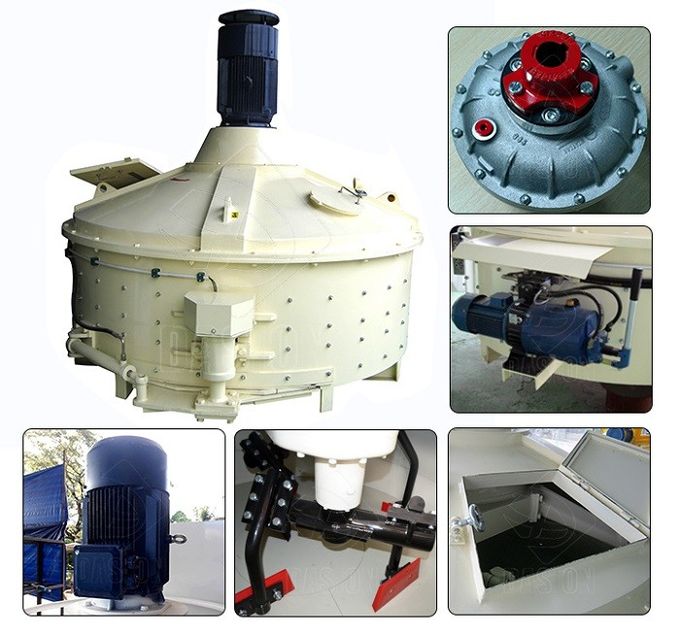 Electric motor drive gear reducer, the power source from reducer will drive the mixing blades move rotation, the scraper blades move revolution. The mixing trajectories is complex because of the rotation and revolution working together, the mixer inside has strong mixing motion, so that the mixing efficient is high, mixing quality is equally.